Simon is an accredited DP, Cameraman and Steadicam Operator, and has been working in the Film and Television Industry for the last 28 years.

Simon’s passion as a young child was photography, (which started when his father lent him a Nikon 35mm film camera). So when Simon left school, he landed a his first job in a photographic studio where he learnt how to work in a professional photographic studio, working, shooting and processing both color neg and B&W in all formats from 35m roll film right up to and including 8×10 plate cameras.

His passion for the moving image soon led him into the film industry, but the only way in at that point in time was to start in the sound department as a sound trainee working his way up to becoming a well respected feature film boom operator. To date some of his boom operating credits include: Casino Royale, Behind Enemy Lines, Flight of the Phoenix, Nil By Mouth and Around the World in 80 Days to name just a few. Also between movies, he became an accredited sound recordist himself and worked on over 50 documentaries that saw him travel all over the world.

In 2009 Simon changed paths and realized his natural progression into the camera department, working his way up through the ranks and to date has worked on over 33 feature films. In 2012 he completed his own first major feature length film for 20th Century Fox, directing, producing and shooting ‘Making it Hard to Die’ – a 90min feature film that ran alongside the feature ‘Die Hard 5 – A Good Day to Die Hard’ for 20th Century Fox released in 2013.

In 2015 he directed & produced 2 pilot shows for the AMC Channel called Montana Blue Gold and was the 2nd unit DP on the Cinema release feature films: What Lola Wants & Hockney. He was also the DP for the Washington DC unit on the feature film I.T. with Peirce Brosnan directed by John Moore.

In 2016 Simon worked in the UK for Warner Brothers at Leavesden Studios on the Patty Jenkins DC movie ‘Wonder Woman’ and the Zack Snyder’s ‘Justice League’. He was on both movies for a total of 11 months consecutively and was on set everyday of principle photography shooting all the behind the scene footage and continuing on to shoot all the additional main talent led specials, first look features and movie featurettes both in the UK & LA.

In 2017 Simon was asked by Jon Berg of Warner Bros/DC to light and shoot part the last scene for Justice League with Jesse Eisenberg, which was directed by Joss Whedon. In the same year additional work included DP’ing commercials for Johnnie Walker (in conjunction with the movie Blade Runner 2049) and the Ford motor company.

Simon has also shot and worked on numerous documentaries including ‘The Skywalker Legacy’ for Lucasfilms and ‘The Road to Justice’ documentary with Zack Snyder, produced by Alex Visconti.

Over the last few years Simon has become one of the best ‘Behind the Scenes’ cameramen in the industry with credits that include: Die Hard ‘A Good Day to Die Hard’, Wonder Woman, Justice League, Vice, Hobbs & Shaw (part of the Fast & Furious franchise), Bombshell, and more recently DUNE, Being the Ricardos and the much anticipated 2022  feature film releases of ‘Don’t Worry Darling’ directed by Olivia Wilde and Universal’s ‘Nope’ written and directed by Jordan Peele. He is now hard at work on the next Christopher Nolan movie ‘Oppenheimer’ being shot in New Mexico, New Jersey & LA  which will be released in the summer of 2023.

Over the last few years Simon has been in very the privileged position of working closely with DP’s such as – Hoyte Van Hoytema , Greig Fraser, Jonathan Sela, Matthew Jensen, Fabian Wagner & Barry Ackroyd and has gained invaluable knowledge on film set lighting and at present has built up his shooting kit to the highest of levels and his gear is always at the forefront of the latest film equipment.

Simon’s approach to BTS is not the usual approach, he loves being onset and he looks at every project with fresh eyes, working closely with the producers to make sure its covered in new exciting ways. His approach has more of a cinematic documentary feel than standard BTS coverage because of his background in the industry and his unique understanding of everyone’s position onset (which is one of the most important things to understand) is priceless. His attention to detail is second to none and no more so on the bigger ‘talent led’ marketing shoot days and can pull in any size crew big or small both in LA & the UK.

Simon is based and works between Los Angeles and the UK/Europe and can be considered a local in both territories which is a massive work plus. He owns all his own equipment including 2x full camera and grip packages, extensive lens packages, a full Steadicam rig and an extensive range of film lighting, plus a full location sound kit etc.

Oh and finally – his YouTube channel has reached over 550,000 hits in the last year alone! 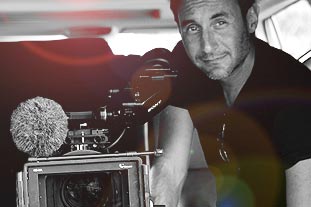 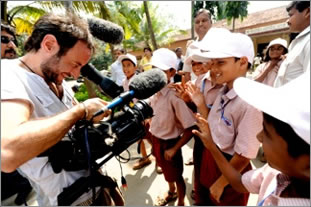 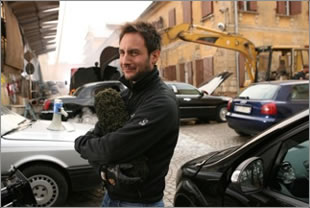